The Latin America Training Network is a 501(c)(3) foundation with the mission,  “to facilitate Christian leadership development throughout Latin America and beyond.”

LATN was created in response to a tremendous need in the Spanish speaking church. One of the challenges faced by the church in Latin America is how to bridge the gap between funders and strategic needs in Latin America. Many good ministries in Latin America would greatly benefit through a financial partnership in order to empower committed servant leaders who minister in areas where foreign missionaries are scarce.  There are many good organizations which with financial help and human resources, would be able to maximize the potential they have in significantly strengthening and expanding the Church. Already, there is a growing number of Latin American leaders who are assuming international roles on the global stage of missions, theological education, and various other strategic ministries. The growing role of the “Global South” is having an impact on missions and the become  However, by coming alongside many others, we are able to partner with men and women whom God has called to serve the church full-time. 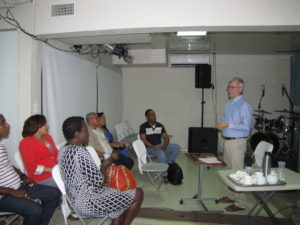 As a foundation, the Latin America Training Network (LATN) has a very short history. In 2013 a committed team, working virtually, began putting together the documents for the creation of a foundation which would respond to the needs mentioned above. On October 7, 2014 the documents were submitted to the State of Florida requesting the creation of the Latin America Training Network.  The request was approved and the foundation was given the following Employee Identification Number (EIN): 47-2161757.  On September 19, 2016, the IRS approved LATN as a tax exempt organization with public charity status. Though the foundation is taking its first steps as a significant partner with sister organizations in Latin America, it will be partnering with ministries that have a track record of effective ministry. (A protocol has been developed to formalize a relationship with those ministries in a way that meets IRS legal standards and requirements.)

Although we anticipate that various qualifying organizations will use LATN as a partner in ministry in terms of financial support, the foundation will begin with assisting ProMETA, a Costa Rican nonprofit which has been training Spanish-speaking leaders at the Masters level since 2001. ProMETA makes ministry training and leadership development accessible by using the Internet to deliver its transformational learning process. Discussions are being held with other organizations who desire to develop a similar relationship with LATN. 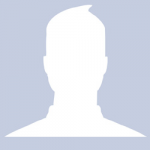 I’m very thankful for ProMETA. I’ve benefited greatly in my personal and ministry life and...
Student Testimonial
View All